There are two ways people generally look upon the past, either with fondness and nostalgia or with scrutiny and disdain. That’s why we can never all quite agree on whether or not high school is the worst or best years of your life or if the 90’s really were all that and a bag of chips. Historically, it’s no different–was the Classical era a time of heightened scholarship and monuments or was it a barbaric time lacking of spiritual sense and with an inclination towards bloodshed? Many scholars during the Renaissance would certainly argue that point. So it was then, during The Enlightenment era of the 18th century in particular, that it seemed only fitting to look upon the time between history bookended by the fall of the Western Roman Empire to Christopher Columbus’ voyage to the Americas as a period of considerable dimness. Both metaphorically and intellectually. A time in between two eras commonly thought of as periods of prosperity and culture. We know it as The Dark Ages and I’m calling bullshit on that conception.

What do you think of when your brain mulls over The Dark Ages? I’m sure squalor and peasantry comes immediately to mind, probably with a healthy dose of Bubonic plague coupled with high infant mortality rates for the helluva it. Not to mention self-flagellation, the burning of suspected practitioners of devil worship and witchcraft, and The Crusades. You’re probably picturing monks with tube-ring hairdos, Norsemen with burly beards and a fondness for pillaging monasteries, and a whole lot of chainmail. It’s easy to imagine this time being one of darkness since all of that does sound pretty bleak, I know, but is it a fair assessment to have? Is it not incorrect to view history through the lens of progress? After all, what will future civilizations think of us when they look back at our historical era? 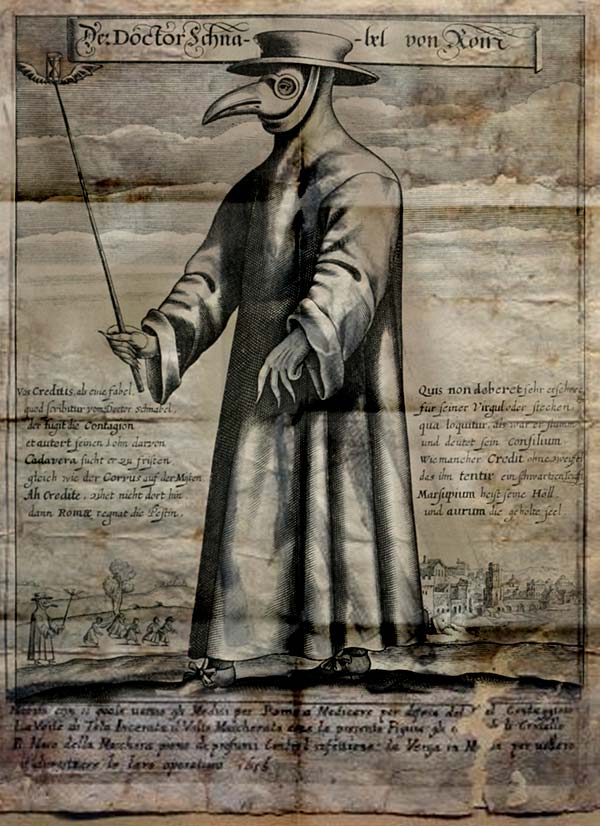 Alright, I will concede that Plague Doctors, however, are nightmare fuel.

Remember when I said the Renaissance scholars were looking back on the Classical era with a fondness rivaling Bacchus’ love of wine? Well, that attitude of yearning for the old days of Rome and sighing in melancholy over the state of pig-shit the Middle Ages were originates from Petrarch. He was a 14th century Italian poet/scholar during the birth of the Renaissance who was knee-deep in Classical Antiquity scholarship and who counted Dante & Boccaccio among his associates, to name a few. Surrounding himself with the works of Cicero & Homer, he grew disillusioned with the absence of Ancient Rome and classified history after it’s fall (Either 410 or 476, pick your sacking of Rome poison) as a regrettable time of disrepair unless the cultural and philosophical inheritance of Rome could be reclaimed, a movement that certainly helped catapult The Renaissance into the annals of history. [1]

The humanists who took up the idea of the regrettable, and forgettable, Middle Ages in the 15th century were obsessed by periodization. Confidently believing theirs was a time of reborn classical culture, they rescued Greek from near-oblivion, removed errors from Latin, cleared fog from philosophy, crassness from theology, crudeness from art. – Janet Nelson pg. 193 [1]

In Petrarch’s own words, he regarded people of the past as if they were an untrained dog shitting on the carpet — “amidst the errors there shone forth men of genius, and no less keen were their eyes, although they were surrounded by darkness and dense gloom; therefore they ought not so much to be hated for their erring but pitied for their ill fate.” [2] This darkness wasn’t seen as simply intellectual either, but of both religious and cultural destitution. People of the Middle Ages weren’t building pyramids or world wonders and there was an increasing disdain for religious institutions that was soon to galvanize Martin Luther and spearhead the Protestant Reformation. Who cares about castles or Malory’s Le Morte d’Arthur--The Medieval folk weren’t seen as the inheritors of Rome, not like those of the Renaissance. They were the children of barbarian invaders who destroyed the once great glory of Classical Antiquity. Ignoring the plight of the Normans, Carolingians, Lombards, Byzantines, Merovingians, and others of this period all vying for exactly that claim to Rome Petrarch was now turning a blind-eye to. As Alanis Morissette would say–isn’t it ironic, don’t you think? [3]

[‘The Dark Ages’] were a denunciation of the medieval conception of the world, of the medieval attitude toward life, and of the culture of the Middle Ages. The slogan attained its greatest currency in the age of the Enlightenment, and the very name of that period was a manifest declaration of war against the era of ‘darkness’ and its scale of values. – Lucie Varga [2]

And of course, The Enlightenment Era’s famous thinkers took up this battle-cry with glee! From Voltaire’s insistence on ‘Prima Nocta’ being a real thing (which I’ve already torn apart) to Edward Gibbon’s chewy, tome of a eulogy The History of the Decline and Fall of the Roman Empire, it’s no wonder the rest of us simply shrugged and went, yeah, I guess them were pretty dark days indeed. What a bunch of dumb peasants, amirite? [2] But come on, it’s not like they had a printing press or anything okay, this isn’t Ancient China. Gutenburg wasn’t born until 1394, give the Middle Ages a break, guys! Because the fact of the matter is, there was plenty of awesome stuff going down–enough to inspire Lord of the Rings, Game of Thrones, and any other nerdy fantasy thing with swords and dragons we love to keep consuming. The Middle Ages were LIT and not only by fire as failed Magellan biographer William Manchester seems to believe.

Looks pretty bright to me.

So, in defense of The Middle Ages, lemme Gregorian chant at you quick:

Dim-witted? Those who’d like to point the finger at the Catholic Church in this era for stifling learning should pull the sword out of their arse because monasteries were refuges of higher learning and precursors to universities (which began in this era too, how about that?) where monks and nuns devoted their lives to study and where manuscripts were copied, thankfully, for our continued scholarship. These were also bastions for the sick where medical and other scientific traditions were heralded. So, clearly, Gregor Mendel comes from a long established tradition of Science-y monks. Not to mention Charlemagne in the 9th century championing the Liberal Arts, the rise of Guilds (basically Medieval technical schools), and the development of modern languages with the slow-burn death of Latin, it’s hard to say the time period was devoid of intellectual development. What with the added help of the Islamic world killing it too in the science arena, all kinds of inventions hit the books. Complex irrigation systems, MILLS all kind of mills, arch bridges, cannons, magnets, chimneys, stirrups and spurs, central heating, the god damn wheelbarrow bro, clocks, not-Chinese paper, freaking numbers as we know it, mirrors, liquor distillation you are WELCOME, chess, soap (They probably still smelled though, let’s be real), need I go on? [4] 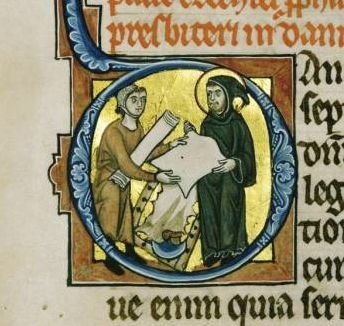 Have you seen the manuscript techniques of the Middle Ages? Seriously, watch it.

And let’s not pretend there wasn’t a whole lot of culture going on here, least of all the national heritage of modern day European civilizations being established. Sure, Homer was great and all, but what about Beowulf? The Song of Roland? King Arthur? Canterbury Tales? Decameron? The Prose Edda? Tristan and Isolde? Shakespeare didn’t just pull from hundreds of years of literary tradition out of no where, you know! You think the Colosseum is impressive? Well, how about Notre-Dame Cathedral? The Hagia Sophia? Alhambra? Honestly, take your pick of church or castle. You like music? Cool, can you name an instrument or genre from Classical Antiquity? No? That’s because the troubadours, minstrels, and bards born from this era are too busy filling your ears with glorious verse from their lutes, harps, fiddles, harpsichords, trumpets, drums, you name it and they could form close to a modern day band with it! And yeah, maybe the peasantry didn’t get to wear much of it, but if you were of the nobility you had your pick of high fashion–expensive dyes, silk, embroidery, furs, all kinds of lavish jewelry and the best part of it was–corsets weren’t yet in fashion. (Thanks a lot, Catherine de Medici) [3]

They didn’t build anything rivaling the monuments of Classical Antiquity, right?

It wasn’t all sunshine and rainbows, as history rarely is. Plenty of barbarism took place in the form of wars and violence we still haven’t given up on as a species. Considering how thick the modern world’s textbook is on war crimes, I don’t think we should really be talking. And, of course, there was surely a discrepancy between the haves and the have-nots that certainly affected how cushy the overall experience was, ironically there wasn’t really a middle class for most of the Middle Ages. But with our own contentious wealth structures, I’m sure we’re fairly occupied enough ourselves without time to spare sneering at serfdom. But if we allow the Classical era to get away with things just because it’s so far gone in the past it’s endearing at this point, then the Middle Ages deserves a fair pass too. Neither one had modern indoor plumbing, after all, and we love to milk both for our books, movies, video games, and television shows. Come on, you know you love it!

Besides, strictly speaking, when a Historian uses the term ‘Dark Age’ they mean explicitly a period of time where there is a lack of written record or in the case of an Archaeologist, lack of physical evidence. This may have been true hundreds of years ago but this is certainly no longer the case today. If historians no longer call it the ‘Dark Ages’, then why should you?

Now the Victorians, however–there was an era of close-minded prudes!

7 thoughts on “Illuminating the Dark Ages”