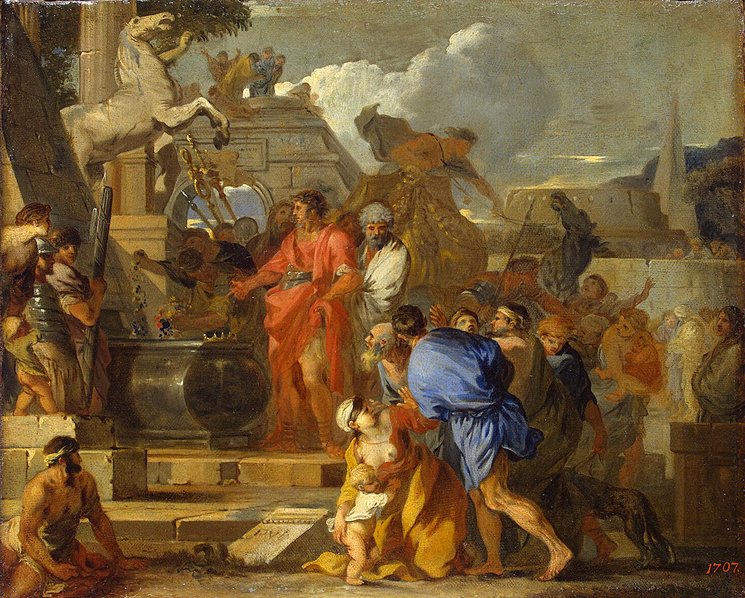 The man who would, during his reign, believe he was the totally plausible, completely for real, reincarnation of the mythological Greek figure Hercules, grew up with all the makings of a successful Roman Emperor. He was one of the still breathing sons of the “Philosophical King” and my personal Guru, Marcus Aurelius, who is known both historically and academically as the last of the Five Great Roman Emperors. Basically, it all went down hill after Commodus…

For a film promising to portray itself in an epic scope and deliver on all that delicious violence and bloodshed, there really isn’t an absence of it in the source material. And when it comes to Artemisia, no one, not even thousands-of-years-dead historians, can deny that she was a sassy man-trouncing Mutha’Amourous Congresswoman‘…

Prima Nocta or Prima “Not”?

For those unfamiliar, Primae Noctis or the French version Droit du Seigneur, was the idea that a lord was within legal rights to take the virginity of a serf’s daughter, most notably, on her wedding night. We see this concept perpetuated in Braveheart when crotchety ol’ King Edward I of the Britains enacts this law to “breed out the Scots” and we see a few fug lords wedding crash on the friend of William Wallace which escalates quickly into war and the entire point of the film and Mel Gibson’s career.

Heinrich Schliemann’s rag to riches story is so wild and fitting, most have rightly wondered how much of it was embellished for dramatic effect like he was some kind of swashbuckling Casanova. After his father wasn’t done being a piece of work and was accused of embezzling church funds, Heinrich was forced to go to vocational school without the prospect of an education at University. Pulling up his bootstraps, he apprenticed at a grocery at 14 years-old where apparently he heard a drunk miller reciting Homeric verse which incited his passions.

Aside from the obvious pillaging, trinket burying, and severe lack of lemons–nothing apart from a flag adorned with skull and crossbones could fill the popular mythos of pirates as effectively as a passionate love of Rum. But where did the idea come from and how many daiquiris could they possibly have been guzzling while terrorizing the high seas?