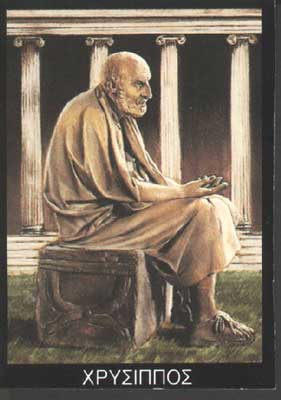 There are many bizarre deaths in Classical antiquity and, with a people that guzzled wine like water [1], it shouldn’t be all that surprising. There was Emperor Caracalla who decided to take a pee break off the side of a road and was stabbed mid-stream [2].  Philosopher Empedocles who hurled himself into a volcano thinking he’d survive it and become a god because that sounds legit [3]. Or rich bastard Roman General Crassus who forced down molten gold because he lost a battle with the Parthians and irony [4]. There was even Saint Lawrence who earned his martyrdom by sass for quipping “Turn me over–I’m done on this side!” [5] while being cooked up on a giant grill to be served during a persecution of Christians BBQ. But speaking of jokes, my favorite has to be the tale of Chrysippus, whose death you probably just had to be there to get.

Backing up a little bit, let’s lay the foundation for this set-up. Chrysippus was a famous Greek philosopher who was tearing up the streets of Athens a few hundred years after Socrates daintily sipped an aromatic cup of freshly brewed hemlock tea. He was a stoic, the guys confused in modern days with sociopathy and Commander Spock, but taught his students about the aether of the Universe and living a life in congruence with the will of Fate and aligning oneself with Nature. So more like a Jedi rather than someone who refuses to smile at puppies. He also tinkered around with math, created prepositional logic, and started some early ancient therapy sessions hoping to assist folks with unruly passions. Chrysippus was kind of a big deal, logical in thinking and focused entirely on formulating an impressive philosophical rapt sheet. So let’s fast-forward to a now 73 year-old man with this impressive a career to behold.

Invited by his pupils to a sacrificial feast which, in those days, was probably akin to a professor attending a wild on-campus keg party, Chrysippus downed copious amounts of wine as one is want to do. It was noted by Diogenes Laertius, a Classical biographer of the Greek philosophers, that this particular wine was undiluted–no water, just pure sweet straight up wine which was sure to get even the most stoic philosopher congruently drunk in accordance with Nature. Stumbling around in the throes of intoxication, Chrysippus was giddy in delight when a donkey escorted by an old woman happened by him and immediately started to consume the remaining figs Chrysippus must have been carrying around from the party. [6]

Struck with the genius of his own cleverness, Chrysippus seized upon the moment to hurl the greatest joke to which would ever be uttered in the history of hilarity:

Now give the ass a drink of pure wine to wash down the figs! [6]

Howling with laughter, Chrysippus was beside himself with his own joke, the old woman we can only assume, struggling to find the humor at all in this line. Delirious and overtaken with his own comedic timing, Chrysippus fell into such a violent fit of hysterical giggles about the prospect of giving a donkey wine or something, I don’t know, I don’t get you Chrysippus, that he promptly died on the spot–in the wake of his own comedy. [6]

The dude literally died laughing at his own joke.

And it wasn’t even that funny. 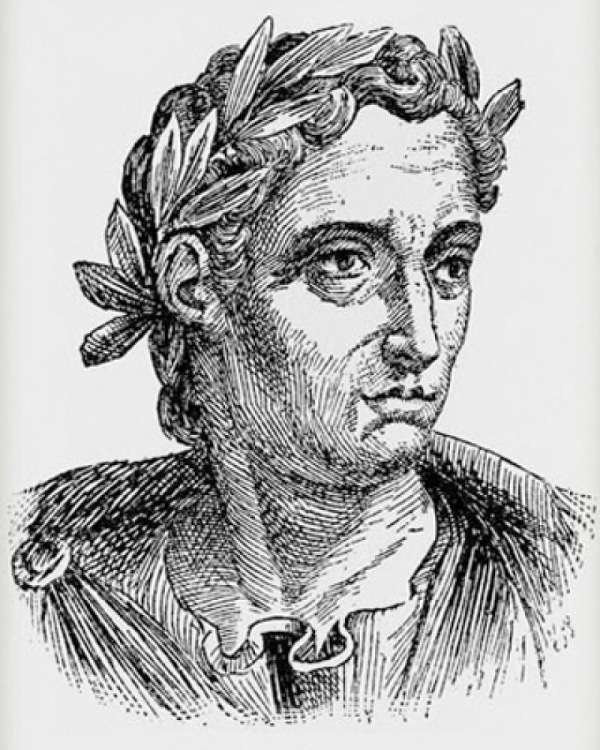 The fortunate man, in my opinion, is he to whom the gods have granted the power either to do something which is worth recording or to write what is worth reading, and most fortunate of all is the man who can do both.

-Pliny the Younger in a letter to Tacitus describing the eruption of Mount Vesuvius in 79 AD and the death of his famous uncle Pliny the Elder. [1]