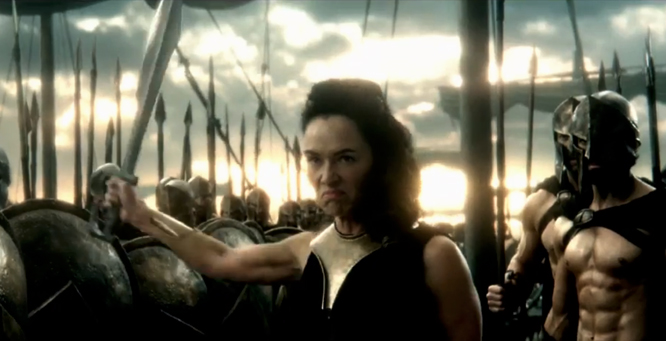 Since the very beginning, Gorgo had made a name for herself as both a wise-cracking, insult-spewer and as a voice of reason. One of her first recorded moments in Herodotus’s Histories occurs when she’s just eight to nine years-old. Her father, King Cleomenes I of Sparta, was entertaining a foreign dignitary by the name of Aristagorus of Miletus. The dignitary, perhaps having known already that Gorgo was a spitfire, asked for her to be removed from the room so that he could speak with her father alone. Cleomenes I, notably, informed the dignitary that he should speak whatever he wished and to not let Gorgo’s presence bother him. Undeterred, Aristagorus began his pitch, an offer to pay Cleomenes I to support an Ionian revolt against the Persian Empire (pre-Grecian invasion, mind you). Cleomenes I was hesitant, so Aristagorus began insisting on higher and higher amounts to be paid until it seemed as if Cleomenes I was about to cave. Finally, Gorgo stepped in and said–

Father, the stranger will corrupt you, unless you leave him and go away.

The words of his young daughter instantly snapped him out of it, and Cleomenes I urged Aristagorus out of the room. It might seem unusual for a King to take advice from his daughter who was old enough to count on both hands, but THIS was Gorgo of Sparta.

In no other Greek city but Sparta would a female of any age have been allowed to be present, much less heard and heeded, at a meeting between heads of state.  Gorgo’s advice was all the more remarkable because it was good. It was Athenian aid for the Ionian revolt that brought the wrath of Persia down on mainland Greece, leading some people to quip that it was easier to bamboozle thirty thousand Athenian men than one Spartan girl. Ironically, had the Athenian Assembly been as wise as Gorgo, then Gorgo might not have lost her husband twenty years later at Thermopylae. – Dr. Schrader, H. [3]

In fact, there seems to be a series of notable exchanges from her father’s court, where Gorgo is quoted with all kinds of biting quips. Recorded by Plutarch, one of the more hilarious ones was in response to a man dressed in soft robes who tried to make a pass at her to which she responded: “You call that a pass? You couldn’t even pass for a woman.”  [2] Ouch. Instead, she would eventually marry her half-uncle Leoniades I (Paging History is Incessantly Incesty) who also wasn’t really that great at passes either. (This is a Thermopylae joke, get it? Get it?!) Being the only (and female) child of her father King Cleomenes I, after his death the throne passed to Leoniades I making Gorgo queen by proxy.

And like her father before him, Leoniades I famously sought the advice of Gorgo too. Herodotus wrote of an incident where an exiled Sparta king Demaratus had sent a blank wax tablet to Leoniades’ court. No one was able to figure out what the hell the point of that was until Gorgo instructed them to scrape the wax off and they would surely find a secret message written on the wood underneath. She was right, of course. So perplexing was Gorgo’s position of authority, that when she visited Athens with her husband, the Athenians (which were prone to treating their women like nothing more than moo-cows) where shocked to see Gorgo giving Leoniades I advice and orders. This, of course, is where the famous Spartan line comes from, spoken from Gorgo herself: 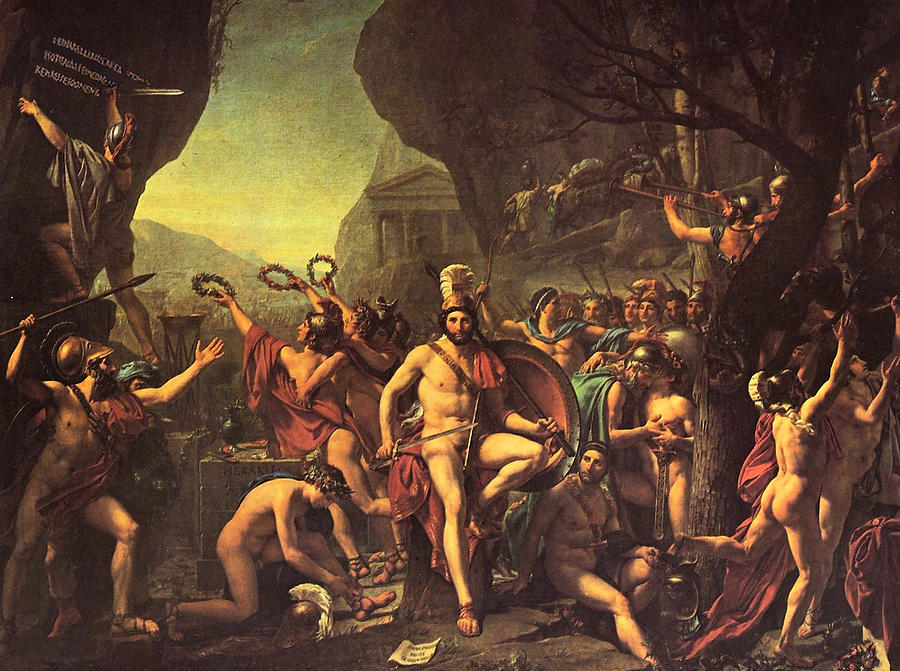 And though her husband was made famous for dying miserably with a hilariously small retinue of warriors just like General George Armstrong Custer (That’s right, I SAID it), Gorgo seemingly had enough wits to know that was all but a guarantee. Before sending Leoniades I off to his inevitable death, she was recorded as urging him to die with honor and worthy of Sparta (Presumably, ‘with your shield or on it’) and when she asked him what he’d like her to do in return, he was recorded to have simply said:

Many scholars have noted the significance in Leoniades I saying ‘children’ rather than ‘sons’. For it seems he truly valued his wife and her stature despite being a woman. [3] Gorgo had one son by Leoniades I, Pleistarchus, who was much too young to take over after his father was eviscerated by Xerxes I who was probably taking out some misplaced anger on Leoniades I after dealing with that sass stream The Hellespont. Both he and his mother Gorgo fade from the history pages after the Battle of Thermopylae. A few regents ruled Sparta until Pleistarchus was able to take over, nothing notable having occurred during his reign.

But that’s typically how history was kept back then. For Gorgo to feature as strongly as she did and with stories chronicled at such a young age, proves how notable and respected she was. Herodotus himself was known for finding little to praise women with (another badass woman who made the cut was Artemisia I of Caria) leading scholars to believe her inclusion in his works showed how much respect he had for her. [3]

So when it comes to playing as a leader in a video game ruling the civilization of Sparta? Gorgo has more than shown her worth in exemplum. And if anyone disagrees, you can come at me.

With your shield or on it.