The Colosseum should just be renamed ‘The Vomitorium’ so people finally get it.

Nothing makes me want to hurl more than oft repeated historical misunderstandings. ‘Christopher Columbus discovered America’ is a saying that forces me to eat copious amounts of cake to feel sane, hearing “Napoleon Bonaparte was really short” and I can be seen adding glasses of wine to the mix, and listening to another geographical wizard exclaim that “Cleopatra was Egyptian” and now I’m trying to find the nearest room to chuck it all up in–which if I were living in the Roman Empire would be convenient, right? Except they didn’t actually have a room for this as is popularly believed.

An illustration found in The Washington Post before Google existed.

Sure, if there was any evidence of it.

Unfortunately, the reality of what a ‘vomitorium’ actually is amounts to a much more mundane truth. The term does derive from the same root of the word vomit, in this case “to spew forth” which is exactly what the function of a vomitorium serves as, just not in keeping a toga party raging until dawn. In Roman amphitheatres and stadiums, it became necessary to create a passage way in which a large crowd of people could leave as quickly and efficiently as possible–exactly like the contents of a stomach after consuming those questionably cooked fish tacos from last night. When you’re a civilization of bread and circuses, evacuating a stadium like projectile pea soup ala The Exorcist certainly becomes a high priority in architectural ingenuity. [1] 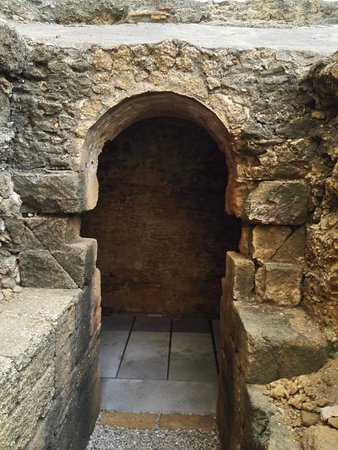 Don’t even think about puking in me, culus

So where did this retched misconception come from other than a misunderstanding of architectural terminology and why did it continue to be hurled around as a ‘fun fact’ of Roman history? First, let’s start with the primary sources.

…but all naked and panting as they are, the instant they leave the bath they seize hold of large vessels filled with wine, to show of, as it were, their mighty powers, and so gulp down the whole of the contents only to vomit them up again the very next moment. This they will repeat, too, a second and even a third time, just as though they had only been begotten for the purpose of wasting wine, and as if that liquor could not be thrown away without having first passed through the human body. – Pliny the Elder on ‘Drunkenness’, BOOK XIV. THE NATURAL HISTORY OF THE FRUIT TREES. [2]

The usage of the word ‘vomitorium’ doesn’t appear until the 5th century AD when it is used by the Roman writer Macrobius in his work The Saturnalia to describe these passageways in stadiums as being designed to ‘disgorge’ an audience from the venue. Seems as if the word itself should have been able to survive into modern times intact with its original meaning then, but instead it was muddled with other accounts and hurled together into the misconception it is today. [3] We can look at the works of Seneca the Younger, a lucrative philosopher of Stoicism (A philosophy also noted for it’s teachings in discipline and freedom of passions), in which he lambasted the indulgence of certain Roman’s in a letter to his mother Helvia where he metaphorically implied that “They vomit so they may eat and eat so that they may vomit.” which seems to have been taken as a literal source of evidence by later centuries of writers who believed this to prove the need of a purge room like the infamous ‘vomitorium’. [1]

Yo, Dickus Manickus–you gonna eat that?

This misunderstanding is not helped either by satirical works such as the Satyricon which scholars believe was written by Petronius, a courtier of Nero, in the 1st c. AD. Yeah, that guy of reputable shenanigans. Petronius describes a dinner celebration in which the patrons were not only busy fornicating in an orgy but also throwing up the contents of their feast. Even if this were a work of non-fiction, and one that would have been applied to a particularly abominable Emperor, he does not mention a specific room where these events would have supposedly taken place. Other writers such as Cassius Dio, Cicero, and Suetonius mention specific stories in which vomiting after excess had taken place (Julius Caesar was said to partake in purging antics) but, again, no mention of a puke room specifically. [1]

Sure, there is also Aulus Cornelius Celsus who recommends vomiting as a medicinal treatment where he suggests that “…after a dinner of many courses and many drinks of diluted wine a vomit is even advantageous” but continuing to clarify “When anything in the dinner is felt to disagree, he should provoke a vomit, repeating it the next day“. So this is not necessarily meant to suggest that one should be purging the contents of their dinner just so they could resume ingesting as much as they desire immediately after. Also, not to mention, Celsus is a practitioner of the imbalances of humors and prescribes vomiting to ease in the plethoric and bilious. And even then, he specifically states -“I allow that vomiting should not be practiced for the sake of luxury…no one who wants to keep well, and live to old age, should make it a daily habit.” So this supposed practice of binging and purging wasn’t exactly one that was encouraged either. [4]

Yet, despite ‘vomitorium’ clearly being used to describe architecture in its first usage and the lack of a ‘purge room’ being mentioned in sources detailing acts of vomiting among Romans, we get to the 20th century where Aldous Huxley publishes his novel Antic Hay in 1923 which serves as a comical narrative lampooning the lifestyle of exorbitance among the London elite.

“The door of his sacred boudoir was thrown rudely open, and there strode in, like a Goth into the elegant marble vomitorium of Petronius Arbiter…”  Ch. 18 [5]

It’s here that Huxley calls back to the Satyrion as mentioned earlier and applies the term ‘vomitorium’ incorrectly to the salacious acts of binging and purging described by Petronius. From here the association of a room in where Romans would purge their food and resume their feasts enters into the pop culture lexicon and Aldous Huxley is credited with creating a brave new world of alt-historical realities. [6] Almost one hundred years later and people are still regurgitating the same misconception–an idea further perpetuated by any clever writer who thinks the concept of a ‘vomitorium’ a sick one to include in their works or just passed around by people who heard it secondhand.

Clearly, the misuse of ‘vomitorium’ is about as contagious as the stomach flu. Let’s do us all a favor and keep the myth down so we don’t all get sick with a case of ‘being wrong’, yeah? 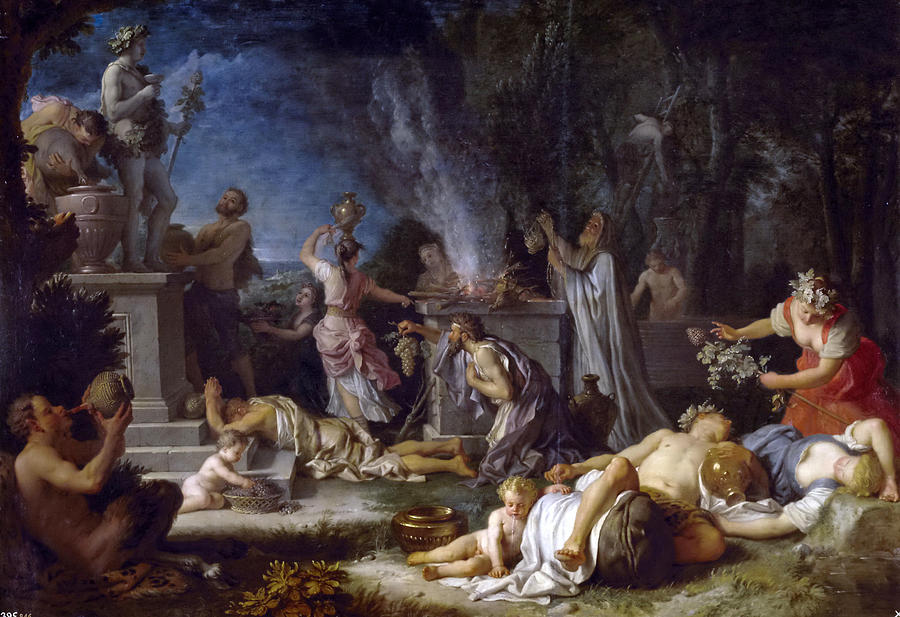 Partying it up Bacchus style

[1] Alice P. RADIN Fictitious Facts: The Case of the Vomitorium: