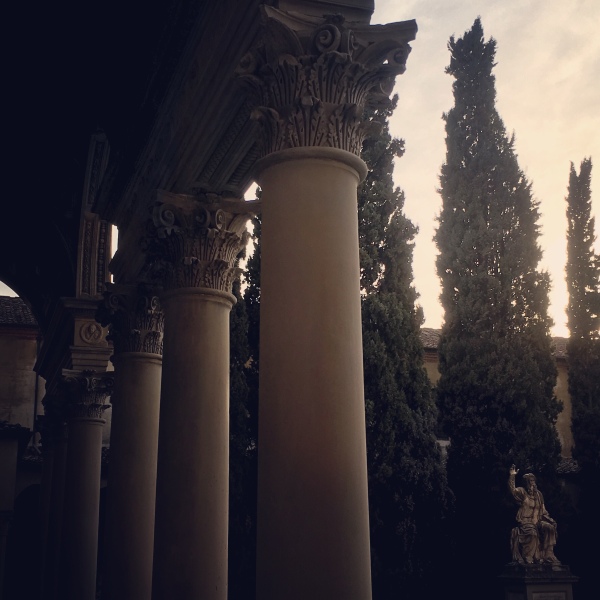 The first thing one notices when stepping off the train tracks and into Florence is that it is quite a bit more young looking than Rome. I have to say, it took me a bit to re-adjust to the era change like I similarly do when I’m in a specific History headspace when writing–I found myself yearning for those crumbling ancient ruins and was mildly resentful that I couldn’t keep enjoying my petty Roman Emperors and the marks of their shenanigans all over Rome. But, of course, Florence is every bit as magical in its own way. 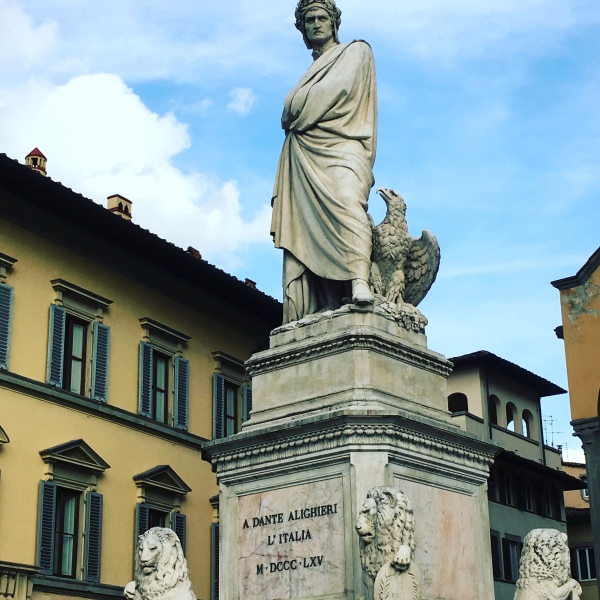 The city was made famous by a handful of powerful figures–a few of them having been a part of the House of Medici, the noble and influential family which held sway in Florence for centuries. They were bankers and became wealthy enough to exert their control in governance. While ruling Florence, they also spent their exuberant wealth on the arts, becoming the prime patrons of some of the most famous artists of the Italian Renaissance. This included the likes of Michaelangelo, Raphael, Donatello, and Leonardo da Vinci–so thanks a lot, guys! Florence is also the city of famous scientist and astronomer, Galileo Galilei, as well as noted writer Dante Alighieri of The Inferno. And let us not also forget our often misrepresented and criminally referenced Niccolo Machiavelli of The Prince fame. It is readily accepted that because of these later two,among other works of the era, the Florentine dialect became what we know of today as Italian. Okay, add birthplace of the modern Italian language to Florence’s moniker too, I guess. 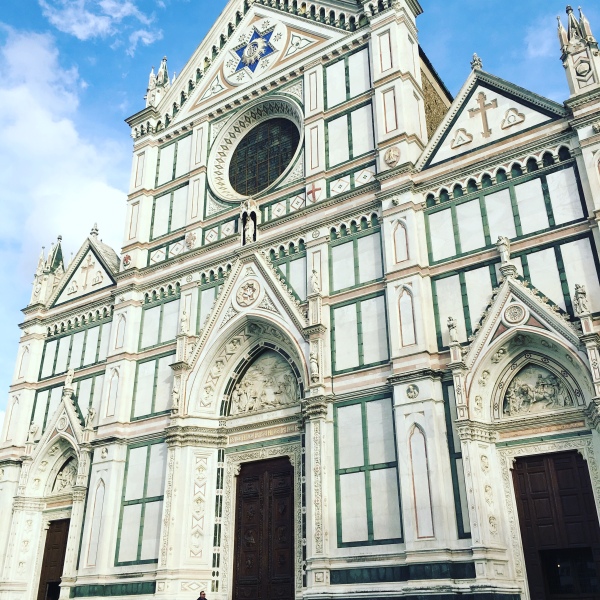 Since half of our day was spent traveling to Florence, we missed out on a large portion of touring time and opted to jump in immediately with all of the above historical figures by paying them a visit at the Basilica of Santa Croce where most of these famous men are entombed. 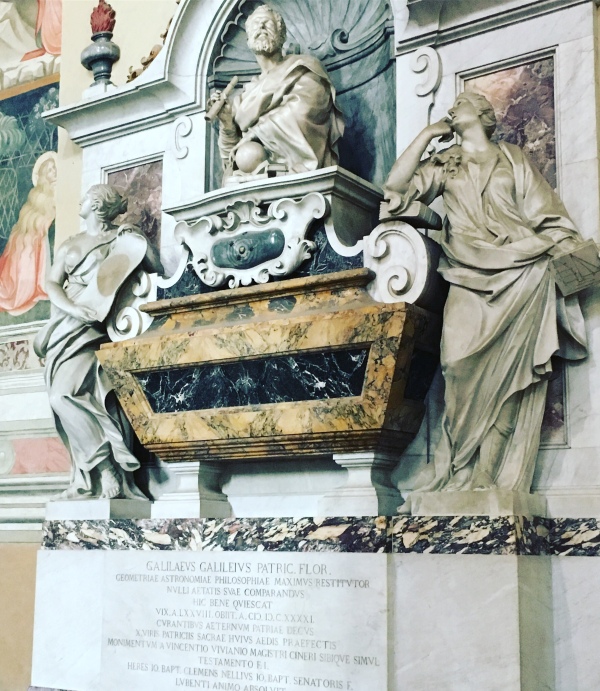 Galileo G—darnit, now Bohemian Rhapsody is stuck in my head. 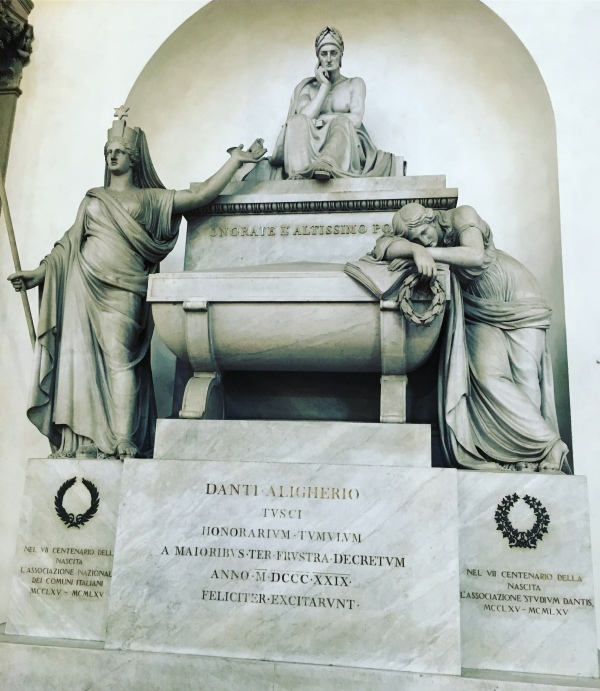 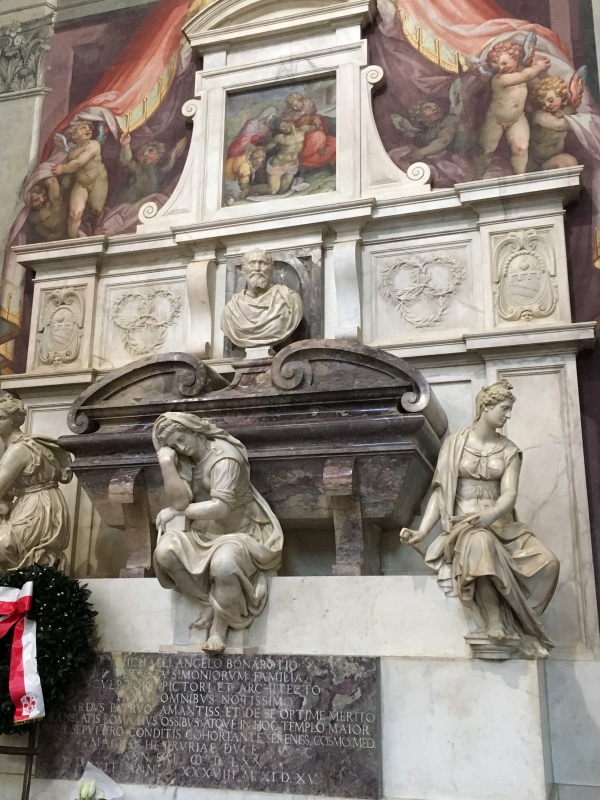 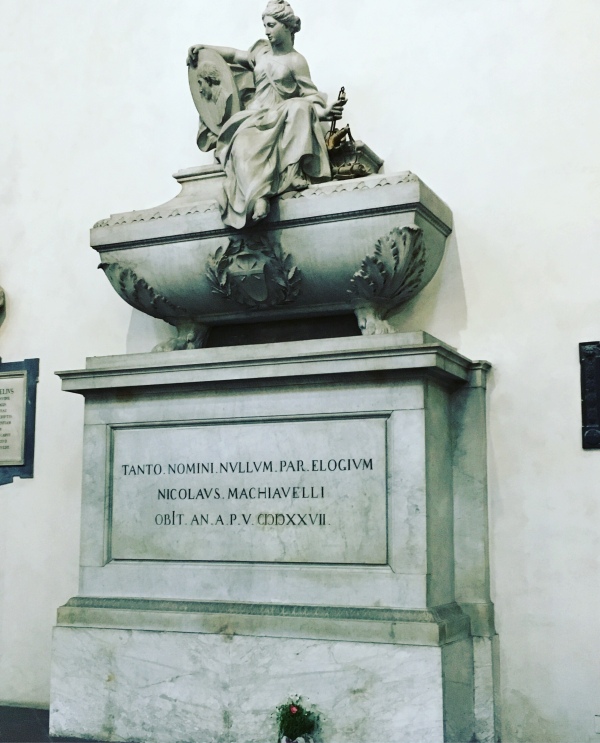 Machiavelli, being so much less flashy

Similar to the feeling I had when walking among the catacombs of the Vatican, I could feel an energy in this room too–but instead of power, I felt the weight and force of creativity each of these men possessed–be it in writing, painting/sculpting, scientific discoveries, or political pursuits. I felt minuscule in a much different way, with that sense of having not quite accomplished enough in my own passions to be able to stand confidently among them. The rest of the intrigue for Santa Croce is in its museums and religious paintings! 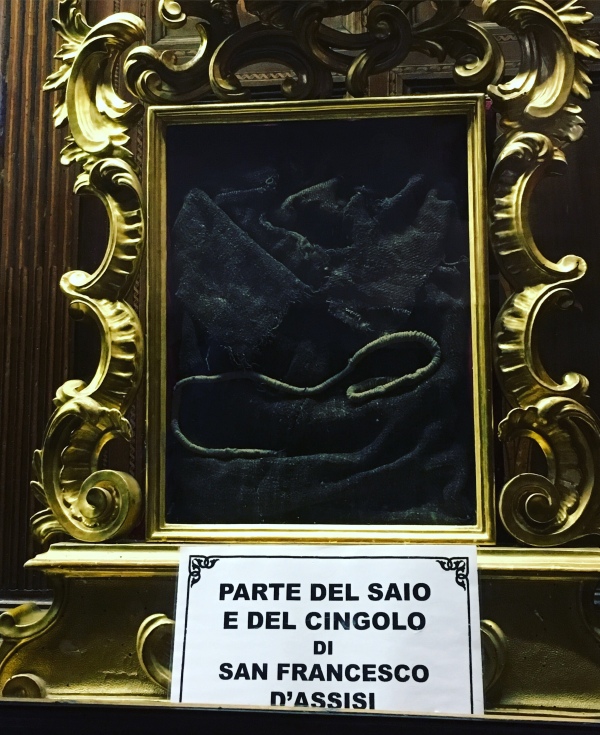 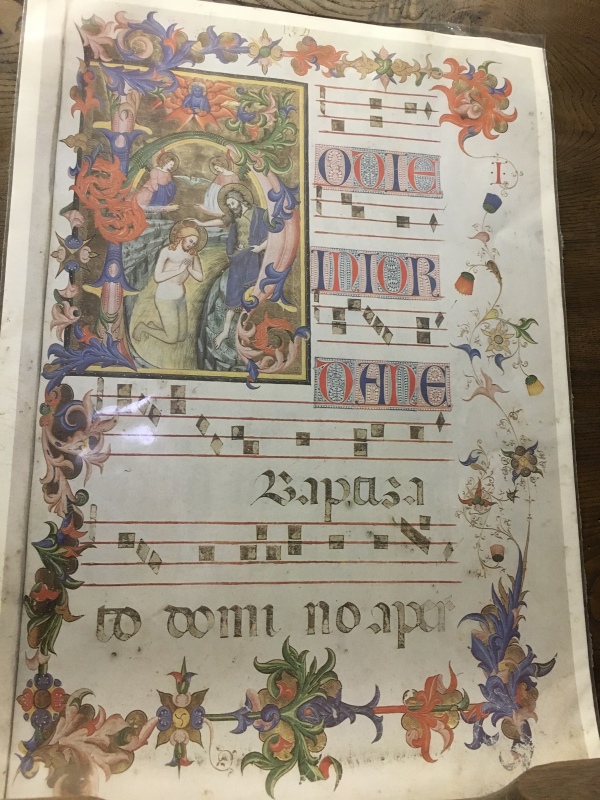 After we were finished paying a visit to some of Florence’s most famous residents, we decided to try free walking it to the Doumo since we could see it poking out above the buildings. On the way, we learned that the Museo Nazionale del Bargello was still open for another hour, so we stopped in quick (it’s still free!) We learned after the fact that the Bargello used to be a prison and that many executions were carried out in the courtyard. The same courtyard I flounced around in with my camera with a merry smile on my face because I assumed it was some stuffy rich guy’s Medieval castle. 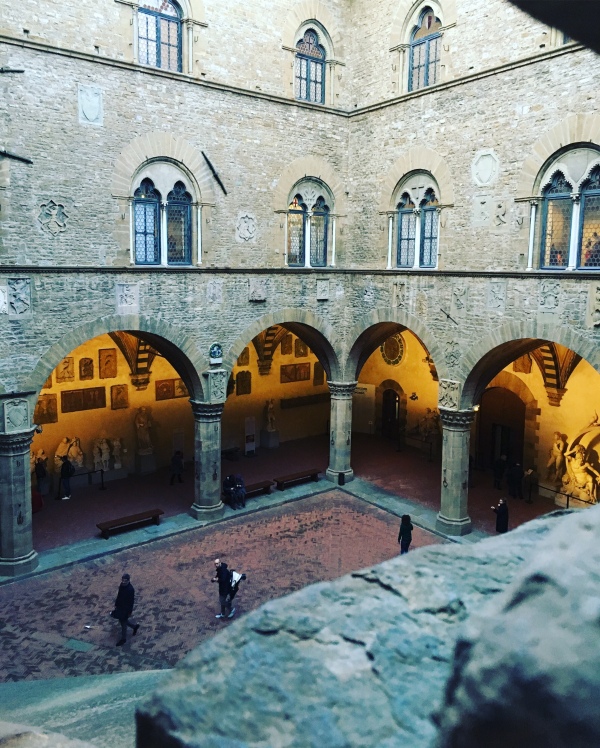 Today it is an art museum and houses sculptures from Michaelangelo, Donatello, Cellini, Bernini, and Verrocchio. I’m not very good about taking pictures of artwork, preferring to enjoy them in person as much as I can–but I am nothing if not predictable, and I couldn’t leave without recording these: 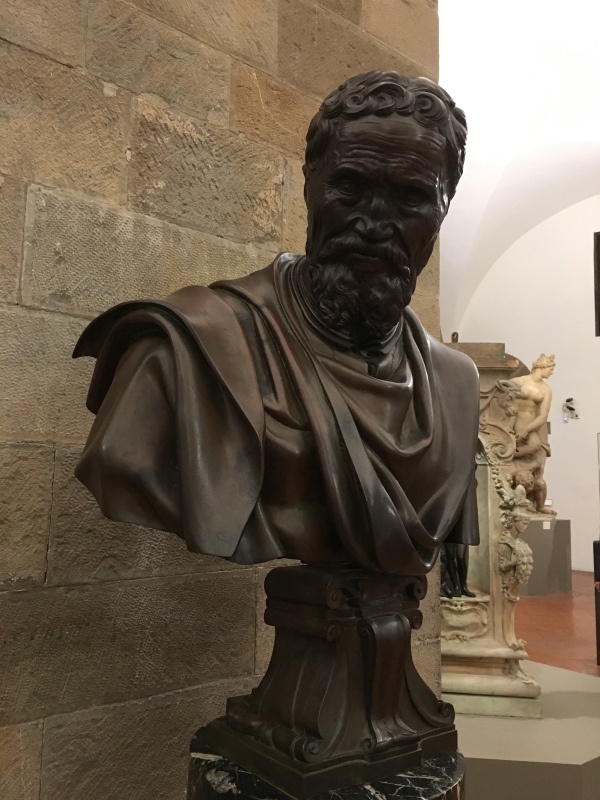 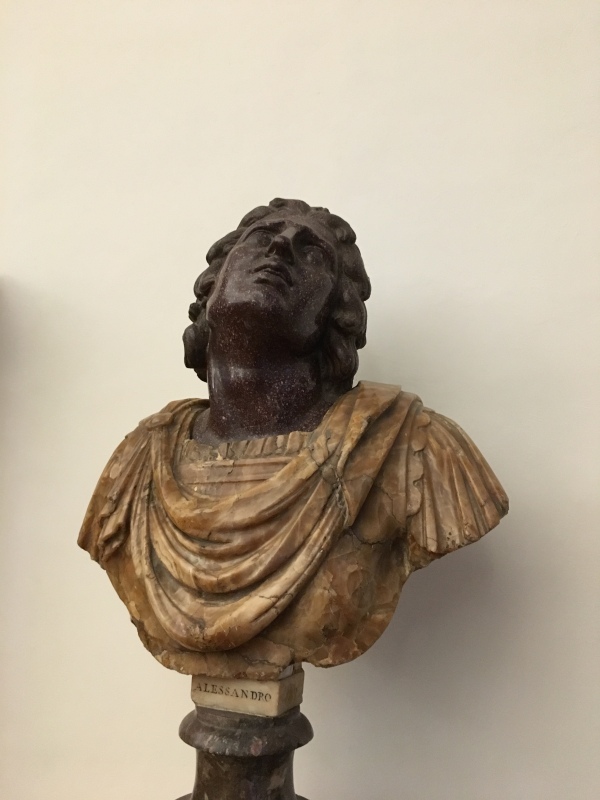 By the time we made it to The Duomo it was getting dark and we just missed seeing the Statue of David by a few minutes. We’ll try and catch him again tomorrow. 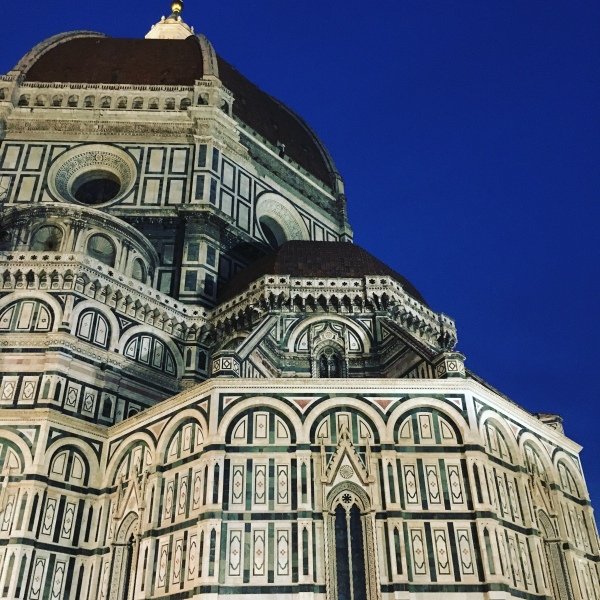 Oh, and of course, on the menu for today: 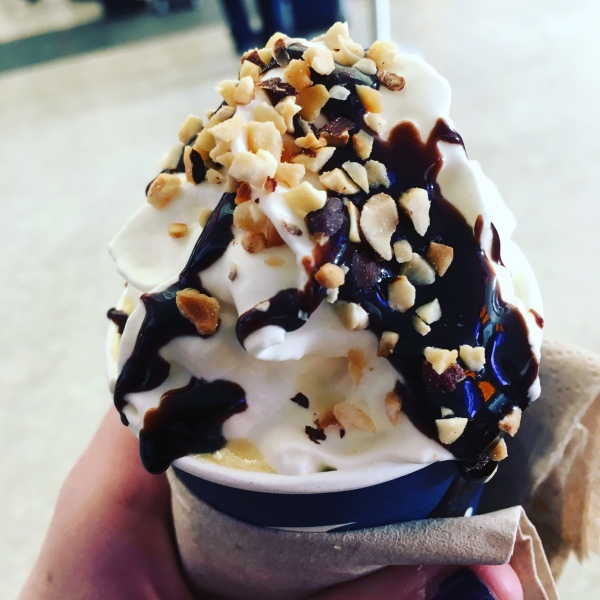 There is espresso under here I promise! 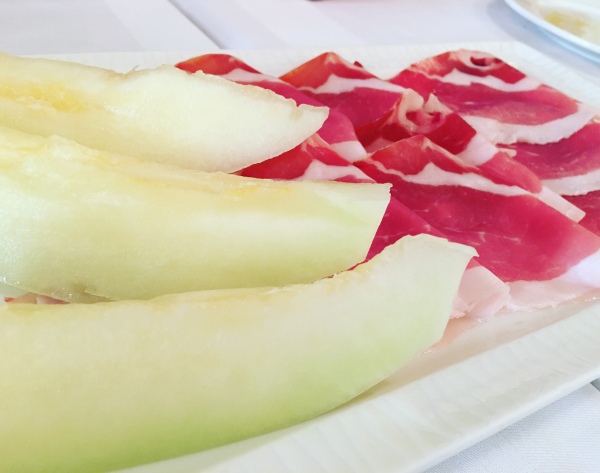 Melon and prosciutto, my fave 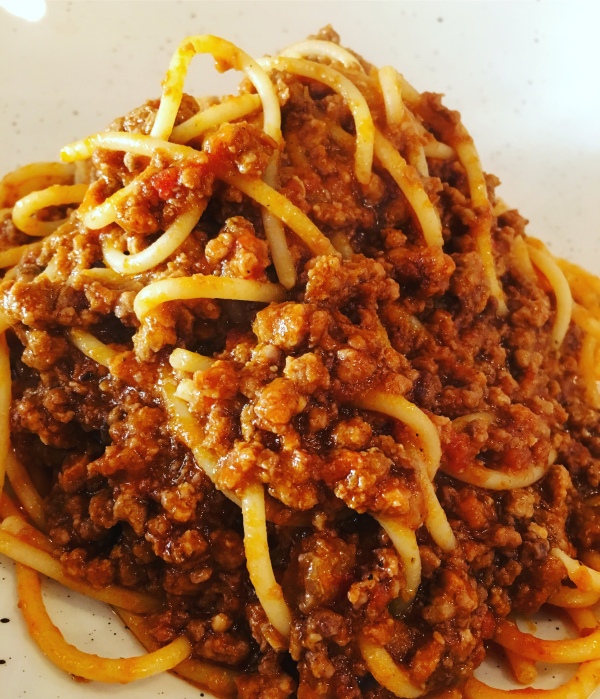 For tomorrow, we continue with another day in Florence where we will attempt to tackle David, seek out the Medici, and find me some ruins to explore!

2 thoughts on “Florence Day 1: Birth of the Italian Renaissance”